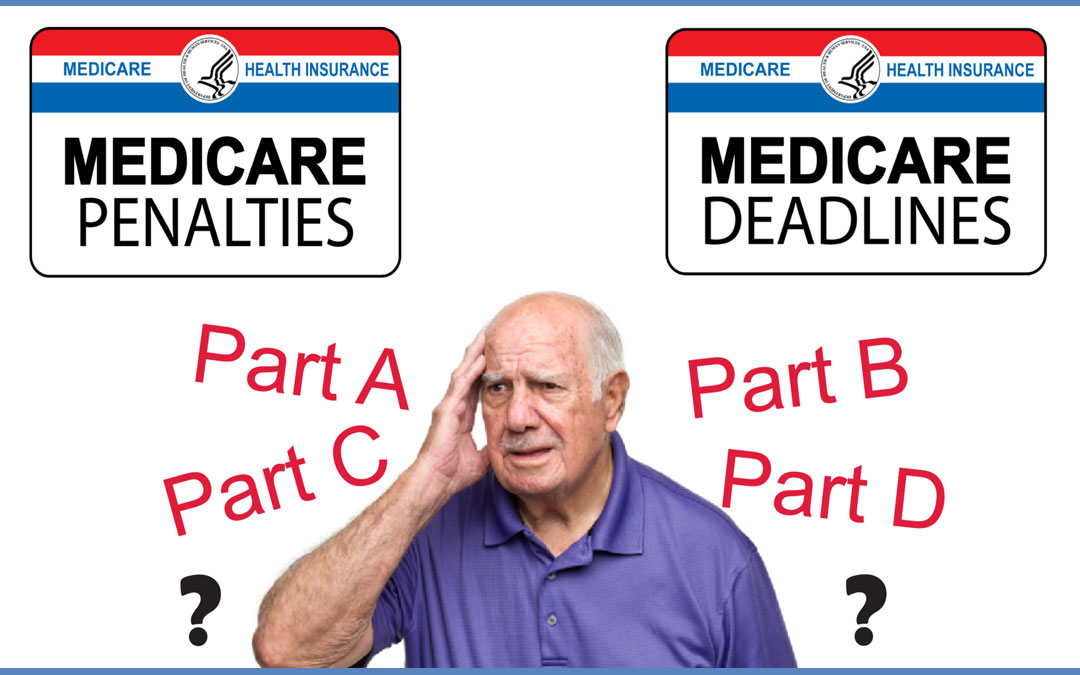 Medicare parts A and B. Retirees who are receiving Social Security benefits are automatically enrolled in Medicare parts A and B, and coverage begins the month they turn 65. But retirees who haven’t claimed Social Security will need to take action to sign up for Medicare. You can first sign up for Medicare Part A hospital insurance and Medicare Part B medical insurance during the seven-month period that begins three months before the month you turn 65. Your coverage can begin as early as the first day of the month you turn 65, or the first day of the prior month if your birthday falls on the first of the month. Medicare Advantage Plans, a private sector alternative to original Medicare, have the same initial enrollment period.

If you don’t enroll in Medicare during the initial enrollment period around your 65th birthday, you can sign up between Jan. 1 and March 31 each year for coverage that will begin on July 1. However, you could be charged a late enrollment penalty when your benefit starts. Monthly Part B premiums increase by 10 percent for each 12-month period you delay signing up for Medicare after becoming eligible for benefits. “The idea behind the penalty is to give people a financial incentive to enroll in insurance from the get-go as opposed to waiting until they have some kind of negative health event,” says Mark Duggan, an economics professor at Stanford University.

Medigap plans. Medigap policies are private supplemental insurance plans that can be used to pay for some of Medicare’s cost-sharing requirements and sometimes services traditional Medicare doesn’t cover. The Medigap initial enrollment period is different than the other parts of Medicare. It’s a six-month period that begins when you are 65 or older and enrolled in Medicare Part B. During this initial enrollment period private health insurance companies are required by the government to sell retirees a Medigap policy regardless of health conditions. “That’s when you’re entitled to get a Medigap plan without substantial underwriting,” says Ronald Kahan, a medical doctor and author of “Medicare Demystified: A Physician Helps Save You Time, Money, and Frustration.”

After this enrollment period, insurance companies are allowed to use medical underwriting to decide how much to charge for the policy and can even reject patients they don’t want to cover. If you miss the initial enrollment period you are no longer guaranteed the ability to buy a Medigap policy or could be charged significantly more if you have any health conditions. You might not be able to switch into a new Medigap plan later, so choose carefully during the initial enrollment period. “Once you have been on a supplemental plan for a while, and let’s say you get sick, the plan that you are on must keep you, but another plan does not have to take you,” Kahan says.

Excerpt from an article printed on US News, August 15, 2016 and written by Emily Brandon, the author of “Pensionless: The 10-Step Solution for a Stress-Free Retirement.”